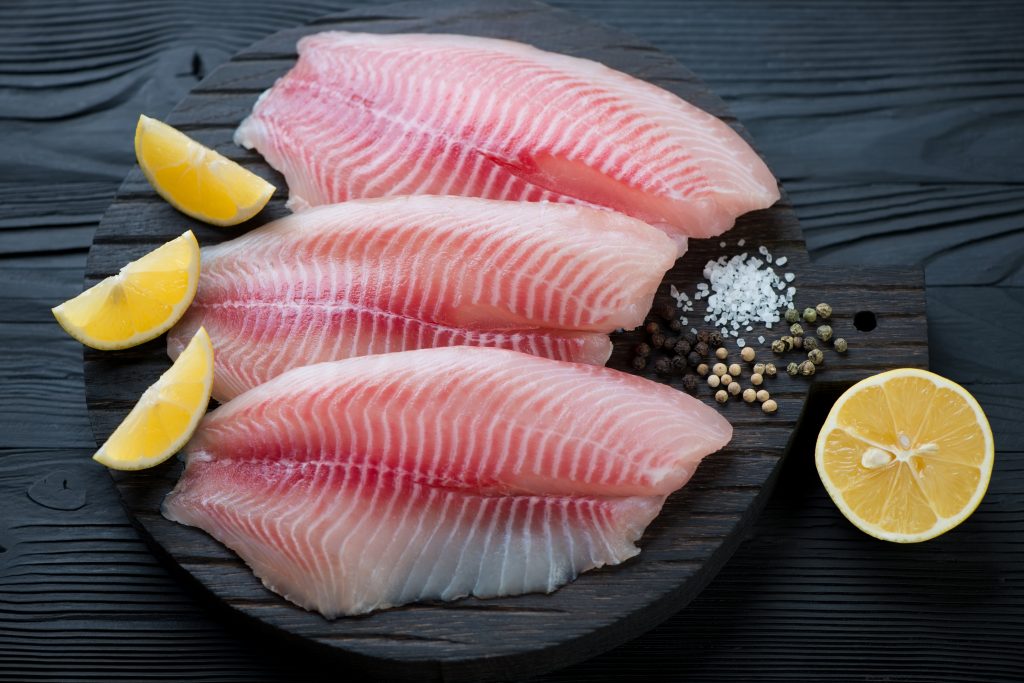 Feeding in aquaculture can represent more than 50% of the cost of production, with protein being the largest representation of feed costs with 50%. Due to this, it has been tried to develop food for tilapia with lower cost and greater commercial effectiveness. This has been tried to seek by  the use of local resources to the area of ​​cultivation.

Until now the most used food in the tilapia industry is fishmeal, as it is commonly known, for its percentage of protein. Currently the demand for fishmeal in the market has increased and, combined with a shortage of fishmeal, the prices have increased. FAO estimates that in the long-term, developing countries will not be able to afford fishmeal as the main source of protein.

To solve this issue, research has been done to make diets fishmeal-low or even free of fishmeal. Different sources of protein have been treated, ranging from animal and vegetable to industrial and agricultural waste. Some fish farmers have opted for duckweed, which has large percentages of protein but lacks nutrients.

Due to the herbivorous / omnivorous nature of tilapia, the use of plant-based protein is recommended, and thanks to biotechnology, great improvements in the production of proteins in plants have been made.

Now, when talking about proteins in food  you could take as a reference a house or building. Some houses are more complex than others, and some buildings have specific functions, but all are made of the same, bricks. These bricks that come together and make houses and buildings, in proteins are called amino acids. And if the house lacks a brick it will not be able to work well, likewise, if the protein lacks an amino acid, it will not work well and the fish will not be able to manufacture more protein (muscle). The amino acids that the body needs to make proteins are called essential amino acids (EAA).

Many of the protein sources in tilapia lack essential amino acids (EAA), so it is common to add these EAA externally as a supplement. However, it was found that it is not necessary to add EAA for the use of the protein in tilapia, but that it is limited by minerals in the diet. In other words, if the lacking minerals are added, the EAA supplement would not be necessary.

We have for example that in the diet of soybean meal, instead of using methionine supplement (EAA), you will add phosphorus in the form of dicalcium phosphate (DCP). By adding the DCP to the soybean meal with oil, it was found that there was no difference in growth with the fishmeal. In this way, other EAA have also been replaced with zinc in the diet based on sesame seeds.

Another good alternative to fishmeal is cottonseed meal. This one has a good percentage of good protein. It also has a relatively low price and is found in tropical and subtropical areas, making it a good alternative source of protein, especially in developing countries.

Vegetable alternatives as a source of protein in tilapia will only be improved in the future since it is important to administer good quality protein at a good cost.