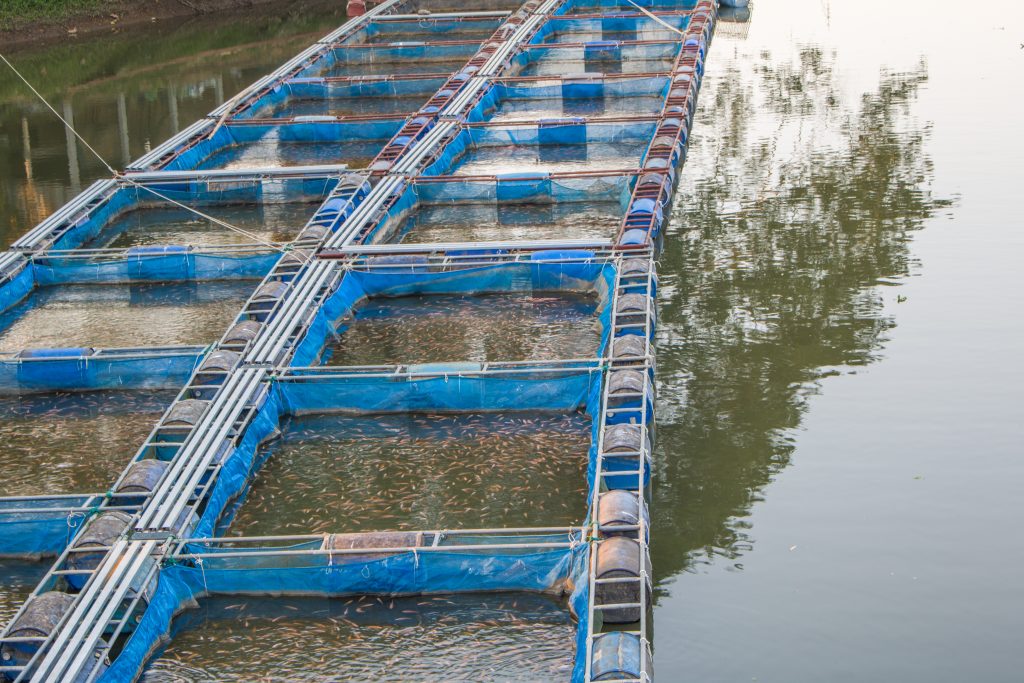 Tilapia, is the generic name given to a group of fish with African origin, which consists of several species. Currently, Tilapia is grown in different parts of the world: Central America, southern Caribbean, southern North America, Southeast Asia, the Middle East and Africa.

This type of fish begins its reproduction cycle when it reaches a size of 12 cm long ( or 32 grams) since its development is sufficiently mature for the incubation of eggs. The eggs are hatched orally and the process last between 3 to 6 days. The males mature a bit slower compared to the females, this is between 4-6 months old, while the females are ready in 3 to 5 months old.

Tilapia can be cultivated in different ways, with different means, such as: cages, raceways (also known as continuous flow system), tanks, ponds, lagoons, reservoirs or dams and irrigation channels, with ponds being the most common medium currently used.

The culture of tilapia in net pens is a technique economically applicable for any scale, in cages with many water exchange, for example, flows of 15-25 centimeters/second can achieve productions of 80 to 100Kg/m3, and this is equal to the estimation of a growth of 3 to 4 grams/day, per fish. By using this technique is easy to observe and control the fish population, reproduction and predators.

Tilapia farming in a pond

The culture of tilapia in ponds is a technique that allows to consider factors such as size, location and drainage. Small ponds, are easier and faster to harvest in comparison to other techniques, that permits having a better control of the culture process; It is worth mentioning that there is less susceptibility to erosion by wind, although if we speak of large ponds, they are subject to the action of the winds, which means they are less susceptible to oxygen problems.

This production technique is usually developed with very low investments, which means that there is not much demand in the farming process of tilapia, in this system densities of 0.5 to 3.0 fish/m3 are used, depending on the target market size of the fish. Normally ponds of 1 to 5 hectares are used with little water replacement. Currently, agricultural by-products are used as complementary feed (such as rice bran or wheat stock) for tilapia. The production of tilapia with this technique is usually from 4,000 to 10,000 kg / hectare / year.

For this production technique, tanks of 0.5 to 3 hectares are used with water replacements of 15 to 30% daily of the whole volume of the pond and aerators are used for the oxygenation of the tank. For this system it is very important to monitor ammonium levels, pH, temperature and the level of dissolved oxygen. You can achieve a production within 20 to 50 tons / hectare / year.

In this technique, the production system is made in small tanks of 500 to 1000m3 with a constant water exchange (250 to 600 liters / second) and densities of between 80-150 fish /m3, ie 200 to 400 tons/m2 /year . The production of fish will depend on the amount of water available as the oxygen level for optimal development of the fish.

In conclusion, for the aquaculture of Tilapia in fish farms, factors such as size and design of the cages or ponds are taken into account (depending on the technology of the system), from functional and economic points of view; such as seeding density, preparation and feeding techniques¸ monitoring at the level of dissolved oxygen, ammonium level, temperature and exchanges in water quality to ensure a good development in the production of tilapia culture.