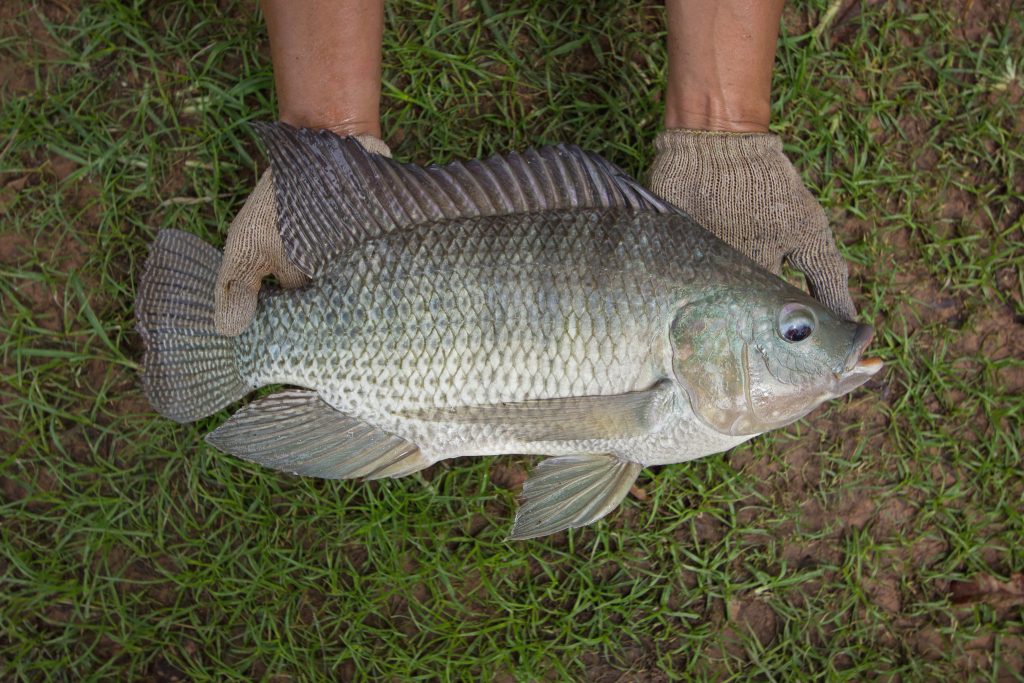 Supertilapia, otherwise known as GIFT, was developed by WorldFish and partners. Genetically improved farmed tilapia is the product of a selective breeding program of several strains of Nile tilapia.

Selective breeding involves choosing broodstock with particular characteristics to breed and produce offspring with more desirable characteristics. During the GIFT project eight strains of Nile tilapia from Egypt, Ghana, Senegal, Philippines, Israel, Taiwan, Thailand and Kenya were gathered. Every strain could offer to that program its own favourable characteristics. Nowadays, the GIFT strain is hardier, more disease-resistant and faster-growing fish. Researchers are now focusing on the production of tilapia with tolerance to salinity, overcrowding conditions and cold temperatures, resilient, and with better feed conversion efficiency. On farm conditions the GIFT strain gives up to 40% higher yield in comparison with local strains.

These selection breeding programmes leave their signatures in the genome of the GIFT strains. The genetic variations and the adaptive differences can be subject to Darwinian selection. According to the Darwin’s theory of evolution, organisms that are better adapted to their environment tend to survive and transmit their genetic characteristics to the following generations. The less adapted ones are not capable to survive and reproduce. Consequently, the next generations are the improved version of their ancestors. These changes influence various genes and pathways that are related to improved performance and external characteristics. So, the selection breeding programmes imitate this natural process, but in a more accelerated and well-planned way.

On the other hand, genetically modified fish are transgenic animals that are engineered in the laboratory for various purposes. Usually they are fish which are modified to enhance traits such as growth, feed efficiency, health and longevity. GM fish usually have characteristics that normally are not present in their species, because in those cases genes of other species are inserted in their genome. For instance, transgenes for coding human proteins or proteins of other species are provided in fish for improving their immune response or increasing their meat size with less feed. Furthermore, carnivorous fish are modified for utilizing more carbohydrates or fish of warm waters are modified for tolerating lower water temperatures. The ecological concerns of the GM fish are the loss of genetic diversity and biodiversity. As far as the health risks of modified fish consumption are not clear. However, the results of some studies indicate that the GM products may cause common toxic effects such as hepatic, pancreatic, renal, or reproductive effects and hematological, biochemical, and immunologic alterations.

To conclude with, the GIFT strains do not include any genes that are coming from other species, therefore they are not genetically modified organisms. They are only improved strains of Tilapia that can offer economic benefits to the farmers, especially in developing countries. The consumption of GIFT tilapia is safe and no concern is raised.