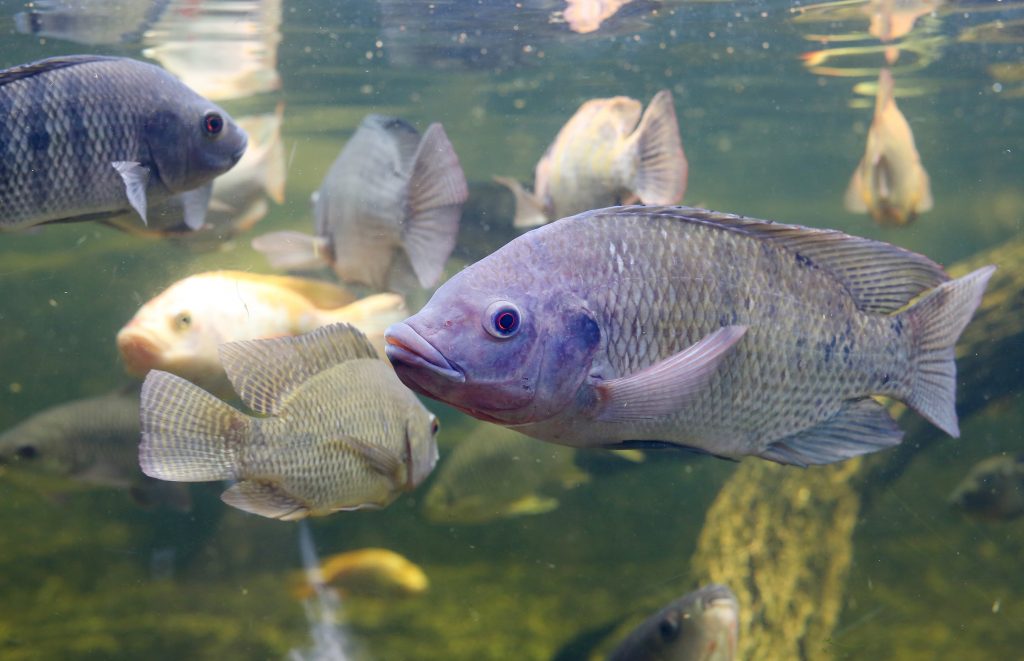 Tilapia Lake virus, what is it and how does it affect?

It is clear that although tilapia is a very resistant species, with great tolerance to intensive culture conditions, and that can inhabit environments with very varied characteristics, it is still an organism that can be affected by different diseases of viral, bacterial, fungal or parasitic origin. Within the bacterial affections, the most common are those caused by Aeromonas spp. and Streptococcus spp., among fungi it is not uncommon to find Saprolegnia spp. in the farms, and among parasitic entities we could name Chilodonella spp. which can cause great damage to the gills in the fish. Bacterial outbreaks are usually controlled with antibiotics, fungi and parasites can be treated with salt baths. However, among the diseases that have caused the greatest fear in the worldwide tilapia aquaculture, due to its high mortality rate, it is the Tilapia Lake Virus. The impact caused by this disease was such, that FAO issued a special alert, number 338 dated May 26th, 2017, where the producer countries were called to take extreme measures of control and surveillance over the cultivation activities.

TiLV or Tilapia Lake virus, is an Ortomyxovirus described for the first time by Eyngor et al. in 2014, it attacks all commercially important tilapia species of the genus Oreochromis spp. in freshwater cultures and in brackish environments, mainly in early stages of nursery. Outbreaks of the disease have also been described in wild tilapia of the genus Sarotherodon spp. (Bacharach et al., 2016). It is not yet clear if there is any correlation between the outbreaks of the disease and certain environmental conditions such as salinity or temperature, but it is known that stress caused by the management of the batches can unleash them very quickly. TiLV has a clear signology: eye lesions at the crystallin level, severe dermal erosions, lack of appetite, erratic swimming and lethargy. The main organs affected besides the eyes are the brain and the liver (Eyngor et al., 2014). As previously mentioned, the virus is more violent in juveniles and can cause losses of up to 90% of the affected batches in this stage (Dong et al., 2017), while in larger animals the described mortality can reach 9% (Fathi et al., 2017). With such a high mortality rate, the economic and social risk to the aquaculture industry and to the communities that live off tilapia fisheries is huge.

The presence of the virus has been reported by the official entities in Colombia (Bacharach et al 2016), Ecuador (Ferguson et al., 2014), Mexico (SENASICA, 2018), Israel (Tsofack et al., 2016), Thailand (Dong et al., 2017), Egypt (Fathi et al., 2017), India (Behera et al., 2018), Malaysia (Amal et al., 2018) and the Philippines (OIE, 2017). However, there are countries such as Ghana and Zambia that have reported high mortalities in fingerlings but did not do the research discard or confirm the real cause of these events. Although the origin is not clear, the disease spread rapidly, mainly due to the previous absence of strict sanitary and biosecurity protocols in the tilapia industry for the transportation and distribution of fingerlings, and in this way infected fry were disseminated all over the world. In addition, being a virus, the methods of presumptive analysis (cell culture 10 days) and confirmation (RT-PCR, 7-15 days) are not fast and this gives the virus enough time to multiply and infect an entire farm.

Although there are still no vaccines, all of the countries that are large producers of tilapia, such as China and Indonesia, have taken extreme measures and designed control and active monitoring programs to prevent the entry and possible spread of the virus. While private international companies work to generate a vaccine against the most common strain of the Tilapia Lake Virus, in Colombia a local laboratory has already carried out successful tests with interferons biotechnology (CORPAVET, 2017). Interferons are the first line of defense against viruses, they are proteins generated by the same cells of the organism that are already infected, which protect other cells from the rapid replication of viruses, by blocking the specific connection parts, ie , interferons occupies the spot that the pathogen needs to enter the cell and replicate. This technology, while NOT a cure for the disease, does prevent the rapid replication and cellular growth of the virus. Up to now, in the tests carried out, mortality could be reduced to normal levels in a matter of days.