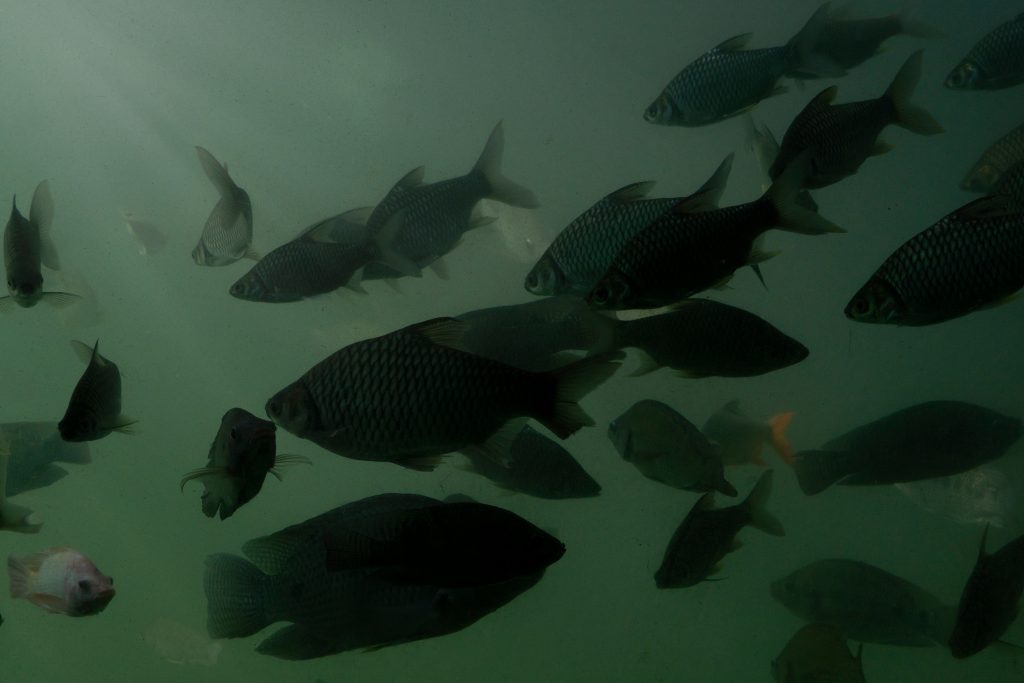 Immune response in Tilapias can be boosted using natural remedies

Tilapias can tolerate unfavorable water conditions and stress better than other species. Stress and environmental quality are the main factors that influence the disease process. For that reason, tilapias can be considered as already disease-resistant species. However, poor water quality, over-crowding, low dissolved oxygen, poor nutrition and improper handling are the common reasons responsible for disease outbreaks.

In general terms, viruses, bacteria, and protozoa could cause a significantly negative impact to the tilapia industry. Fungal diseases can be significant, if only the tilapias are under constant stress. Contrary to metazoan ectoparasites and endoparasites that can cause insignificant problems. The most notable diseases, that cause serious impacts to the farms’ production, are caused by four types of bacteria, Streptococcus galactiae, Streptococcus iniae, Flexibacter columnaris and Aeromonas hydrophila , iridovirus, as well as, a protozoan parasite which is called Trhichodina. Bacteria or protozoa affect tilapia during different stages of life. Flexibacter columnaris and fungous affect mainly tilapia in hatchery/sex reversal, nursery and pre-grow-out systems.  Iridovirus affects mainly individuals in pre-grow-out and very likely in grow-out systems. While the different strains of Streptococcus affect mainly individuals in grow-out systems and possibly in pre-grow-out systems.

Till now the preventive methods for the various diseases were:  good fish nutrition, avoidance of over-crowding, maintenance of personal hygiene, disinfected foot baths, water quality control and limited visitors. Nowadays, the researchers are looking for more drastic and state of the art prevention measurements. For example, the farming of hybrid tilapias. The resistance of Nile tilapia hybrids (female Nile tilapia×male blue tilapia) to disease caused by Aeromonas sobria was studied. The hybrids demonstrated a higher resistance than the blue or Nile tilapias. However, hybridization needs further investigation and this method is far from perfect. For this reason, researchers have focused more on supplement dietary treatments that could prevent illnesses by strengthening the immune response system of the tilapias.

Natural and common ingredients could be added in commercial diets with promising effects. For instance, the use of the common garlic (Allium sativum) as part of the diet can improve not only the immunity but also the growth. Just 20 to 40 gr of garlic powder per kg die,  can improve the survival rates and immune response of tilapias. A combination of spirulina with garlic can improve even more the growth performance, gut health, immune status and disease resistance. As well, dietary supplementation of Bacillus subtilis endospores has been proved as an alternative to antibiotics for the overall tilapias’ health improvement.

Another alternative to antibiotics could be the use of ginger as supplement. Ginger is suggested as a therapeutic agent, growth promoter and immunostimulatant. The action of ginger against Aeromonas hydrophila has been reported. Also, trials with supplemented diet containing 1500 mg levamisole/kg diet showed lowest bacterial counts and mortality rates. Similarly, the use of Echinacea and Ginseng extracts [15], essential oils (Eos), cinnamaldehyde, thymol and dietary curcumin can affect positively the immune responses and disease resistance in Nile tilapia. Moreover, vitamin C at dose rate of 500 mg for one month could be a potential promising dietary supplementation than affect positively innate immunity and resistance. Another way to improve immunity resistance, and create an antagonist of Aeromonas hydrophila is the use of a small quantity of propolis-ethanolic-extract as a supplement to an artificial basal diet with 30% crude protein.

Future investigation is needed for clarifying the best dietary supplement for diseases prevention. “Prevention is better than cure” and nature has a remedy for all…