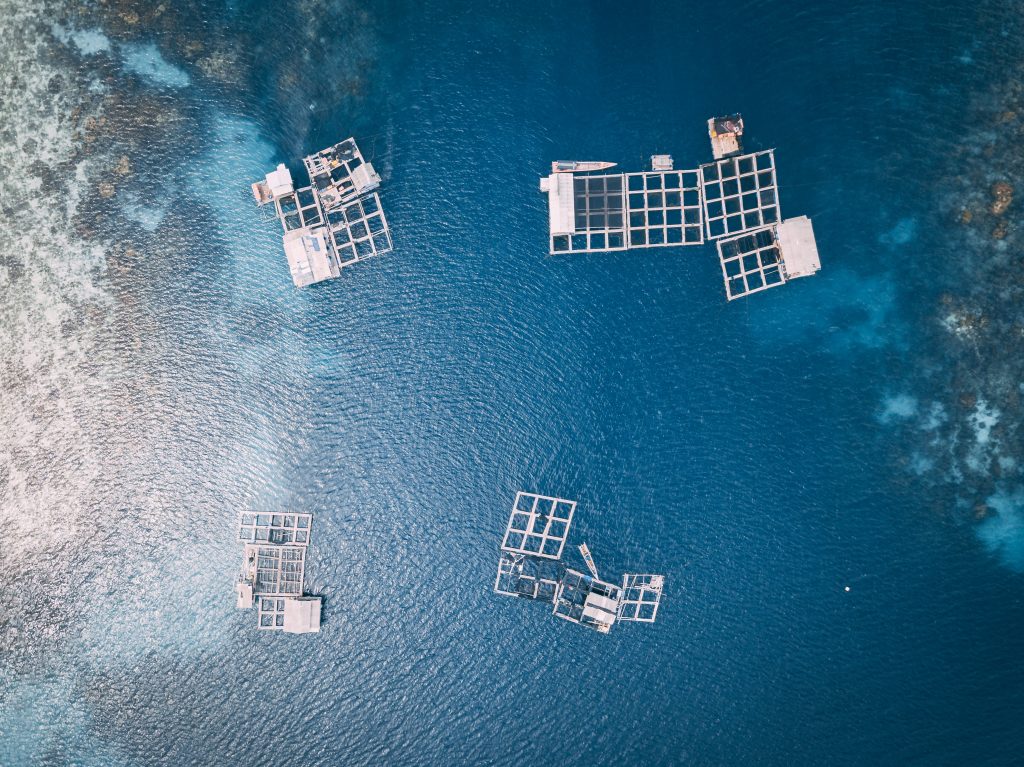 Challenges of the emerging producing countries in South America (2)

Knowing the reality in which the emerging producer countries develop, helps buyers to make better decisions, to foresee the behavior of the offer and to know the reaction of their suppliers to the different possible situations, not only economic but also social and environmental. Previously we saw how the law can play for or against aquaculture, this time we will talk about technology and equipment. The supporting technology is essential for optimizing the productive processes, since it is possible, for example, to reduce notably the working hours for fish manipulation activities, to improve the distribution of feed and to eliminate the uncertainty of many physical-chemical factors that can determine an optimal performance of the farms.

In South American countries where aquaculture is an important industry like in Chile, or in Brazil, it is not difficult to find renowned international brands such as Hydrotech, Grundfos or YSI, to name a few, that with their huge range of products make the lives of producers much easier. But, unfortunately, this does not happen in those countries that are just consolidating in the Tilapia production, among which are Colombia, Ecuador and Peru, perhaps, the countries with the greatest presence of brands related to aquaculture and with an important stock of equipment for the industry. In Peru, in recent years several technology suppliers have entered the sector, hand in hand with the growth of trout and shrimp production, which have also favored tilapia farmers, making the production grow from 2,000 tons in 2010 to 3,000 in 2017 with a peack in 2014 of slightly above 4,600 net tons (FAO, 2019). The country also has its own Nicovita brand, which focuses mainly on the production of balanced feeding, but has recently launched two digital tools for its customers that will help in the day to day planning of the farms. In the same way, the government since 2017 has the National Program for Innovation in Fisheries and Aquaculture (PNIPA) that has encouraged the entry of new technologies to help the growth of activity, through production projects that seek to solve problems such as survival and performance of species in traditional systems, as well as the exploration of closed farming systems. In Ecuador, despite the fact that Tilapia has been growing in recent years, aquaculture is based on its 90% in shrimp production, and all technologies are centered to this industry. However, some tools such as paddle aerators or floating feeders for large-area land ponds are compatible with tilapia culture. In this area, the Chinese brand Diva from Jinhulong, the Taiwanese Zuzu, and the Brazilian Weemac are the most present and have helped to recover little by little an industry that was able to produce in 2010 about 50,000 tons (Fao, 2019) and that due to the rise in shrimp prices the producers preferred to abandon it and bet in recent years for crustaceans culture. In Colombia, where Tilapia is on its way to becoming a huge industry, several companies of varied origin offer their equipment, this is how Danish, Chinese, Brazilian and Italian brands coexist in a promising market and since a few years ago they are fighting for a place.

Although the favorite crops are the traditional extensive in earthen ponds and the already known intensive pen nets farms, the producers have been dabbling in the exploration of new technologies of super intensive culture such as Biofloc and RAS. Both techniques demand a constant aeration and oxygenation, a careful selection of the cohorts, an exhaustive control of the physic-chemical parameters of water and a suitable technical personnel for its management. Here lies the greatest challenge of the Colombian aquaculture industry, trying to adapt state-of-the-art technology and state-of-the-art equipment to farms with inconsistency on electrical supply and unprepared workers. Today, the seed producers manually select and count the fingerlings between 0.5 and 1 gram, which is time-consuming and can cause mechanical damage to the fish; they feed in a manual way, hindering the correct distribution of the feed in the cages or ponds, and they also use air instead of oxygen at crucial stages for the success of the fish, at larvae and reversion stages for example, among many other practices that must end. In the attempt to improve the culture techniques and also to prepare technical personnel, the Servicio Nacional de Aprendizaje, SENA, installed in 2016 a series of small recirculation systems with oxygenation based on nanobubbles in different departments of the country. In them, as we were informed, larval survival rates obtained in Red and Nilotic Tilapia and Cachama (a local species) were greater than 95%, a very important improvement compared to the 55-65% historically rates achieved in traditional farming in land, in addition to this, it was observed that the success rates in the reversion reached levels of 97% when it normally does not exceed 90%. Clear examples that technology is crucial for an incipient industry that seeks to consolidate and must be taken into account to increase production volumes and improve fish quality.