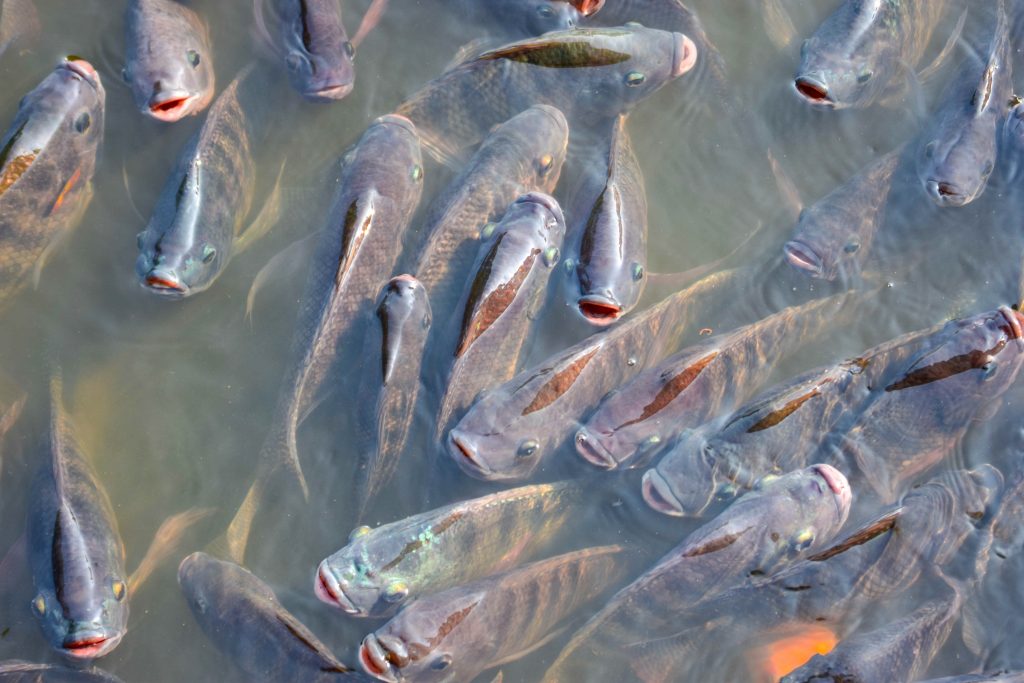 Although tilapia is one of the most resistant species to the conditions of artificial rearing, and with an average requirements, below species such as trout or snapper, but over catfish and carp, it is necessary to provide them with the necessary tools for an optimal development. One of the most important parameters to take into account, in addition to feed, which is undoubtedly the most important in terms of costs, is the oxygen supply. The form of diffusion, the quantity, and the delivery rate are important factors when choosing the method of oxygenation. In this document we will make a general analysis and introduce the most modern technology existing on the market today, the UFB (Ultra Fine Bubbles) or bulk nanobubbles.

It is a very common mistake to confuse aeration with oxygenation, but they are very different. In the first case, air is used to raise the oxygen levels in the culture medium, but at the same time other gases such as carbon dioxide and atmospheric nitrogen are added to the water, and in the other hand, when we talk about oxygenation we make reference to pure oxygen injection. With air, water saturation levels do not exceed 100%, while with pure oxygen this parameter can be maintained above 110%, ideal for fish culture. There are species that do not tolerate aeration, and although tilapia is not one of them, using air in farms is not a good option in terms of obtaining the best possible yield in growth, survival and conversion. When using oxygen, it is necessary to have a good gas transfer rate, which is how much of the oxygen that is being injected is effectively captured by the water, since if there is no efficiency in this aspect, the costs can rise too much, making the practice unfeasible. Just to give an example, within the passive forms (without electric power) of oxygenation, a micropore hose can have an efficiency close to 20%, porous stones can be in the order of 25% and ceramic diffusers reach 45%. In contrast, among the methods of active oxygenation (they need energy) a venture nozzle is around 60%, an oxygenation cone has an efficiency close to 80%, and Ultra Fine bubble-based injection systems can easily exceed 85%.

Nanobubbles are all those bubbles whose diameter does not exceed one micron, or one thousandth of a millimeter. To have an idea of ​​the dimension in which we are speaking, imagine that the finest hair of the human being is 15 microns thick. The benefits of oxygenation with UFB are many, just to name a few, the bubbles are so small that they increase the contact surface with water in about a hundred times in comparison with larger bubbles like those from micropore hose, which makes them more efficient when transferring the gas. Their tiny size allows them to stay suspended in the culture media for a long time, acting as oxygen reserves and releasing the gas according to the system´s need, so less oxygen is needed to reach optimal levels. Among its additional physical properties, we can name the disinfection, the removal of organic matter and harmful components such as pesticides, phosphates and phenols. If we refer to the general effect of the UFB on tilapia culture, we can find better growth, lower mortality and almost optimal conversions (very close to 1:1).

Although the use of oxygenation technology with UFB is not yet a massive phenomenon in aquaculture, it is worth mentioning that there are many companies that have made great progress obtaining excellent results in the cultivation of shrimp, macroalgae, barramundi, snapper, oyster, trout and tilapia. In Colombia, for example, it has been used mainly in the first stages of the culture cycle of red and black tilapia, from eggs up to 2 grams fingerlings. Within the first reports, we have been informed that in the larval stage the survival of both species has improved, from 60% in systems with traditional aeration to 97% with oxygen nanobubbles, while an improvement in the percentage of reversion from 75% to 95% and a very auspicious decrease in the conversion factors was also observed. In the same way, we were told that the incidence of bacterial diseases such as Flavobacteriosis and Aeromoniasis, which may affect fish in the first stages of life causing problems for the rest of their production cycle, has been reduced remarkably, observing healthy fish with greater appetite and great metabolic activity. Finally one of the producers that uses this oxygenation system affirms us that it is possible after a few weeks of culture to make a projection of the number of fry with superior performance in every batch, which allows him to make an early selection of them by separating the lags, since the nanobubbles optimize and accelerate growth. We hope to have more news about this technology in the coming months.